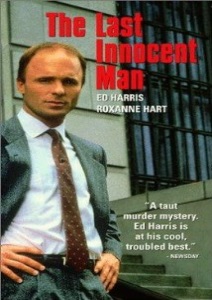 David Nash is the F. Lee Bailey of Portland, Oregon - an accomplished criminal attorney who always gets his clients acquitted. He's coming off his greatest success: victory in the Tom Gault murder case. Gault is a Green Beret turned Pulitzer-Prize winning author, and he's been indicted in the bludgeon slaying of his wife. Though Nash is receiving the accolades of the press and the congratulations of his colleagues, he's convinced that Gault is guilty, and he's in despair. He'd started out wanting to be Clarence Darrow, and now he's putting monsters back on the street. He quits the profession, and then he meets a beautiful woman who disapproves of him as much as he disapproves of himself. He falls in love with her, and then she brings him an innocent man to defend, luring him back into the law with the hope of redemption.

"...a humdinger of a murder-suspenser complete with a passionate romance, double-crosses galore and a triple-twist conclusion."


"The casting and the performances are of top-notch quality... Mr. Harris does a Clint Eastwood turn in a manner that even Mr. Eastwood might envy."

Brilliant performances by Ed Harris, Bruce McGill, and Clarence Williams III. The talented David Suchet is terribly miscast in a role written for Nick Nolte or Jack Nicholson in their prime.

But the biggest problem is the screenplay.

HBO, in its wisdom, turned the moral drama of a man trying to come to terms with the dark side of himself into the story of someone who thinks with his little head instead of his big one.

What have they done to my song? 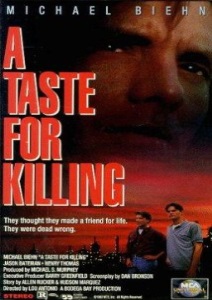 Blaine Stoddard III and Cary Sloan are the best of friends. Residents of the Garden District of New Orleans and recent graduates of Tulane, they're eager to prove how big their balls are before heading off to law school in the fall. They arrange to spend the summer on the off-shore drilling platforms of the Gulf, where they meet a welder named Bo Landry. Charming, charismatic, Bo lives on the edge, working under the rig without a safety harness, and has an appealing edge of danger about him. He lures the two boys into a web of violence and murder. One survives. The other does not.

"...surprisingly nasty fun...Biehn, a solid and appealing action-film actor, does a terrific job here; he's taut and fresh and effectively threatening, building the menace slowly. And Bateman, to his credit, keeps up... A Taste for Killing may be about foul play among the oil riggers, but there's very little oiliness in the dramatic drill."


"Movies about evil psychopaths are as common to television as sit-coms with bratty kids. This latest entry into the deranged-killer derby, though, manages to maintain viewer interest longer than most. Grade: B"


"A quicksilver, threatening interp by Michel Biehn supplies most of the vigor in the telefilm A Taste for Killing."


"A Taste for Killing cranks along as perfectly average B-movie fare, a production that has been scripted, shot and directed in a workmanlike manner but misses in its quest for suspense."

Powerful performances by Michael Biehn and Jason Bateman, but Henry Thomas so underplays his role that he almost isn't there.

The director cut the conflict out of the first act (and with it, of course, the drama). With no sense of how to film suspense, he moved the setting from New Orleans to Houston and somehow managed to turn the Hitchcock thriller that I called Bloodbrothers into a slasher film that USA decided to call... gag me with a spoon... A Taste for Killing.

The actors paraphrased much of the dialogue, and the climax - which started life as one of the best chase sequences I ever wrote - is a joke.

An historic note: A Taste for Killing features Rene Zelwegger's first film appearance. She had two scenes. The more interesting of the two, which had her swimming nude during a wild party on a houseboat, was cut. 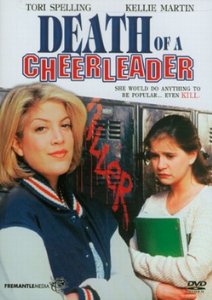 A Friend To Die For

Angela Delvecchio is the poorest girl in a rich, East Bay community. An eager, romantic fifteen year-old, she wants everything high school has to offer. She wants to be editor of the school yearbook, a member of the best social club, and above all, a cheerleader. She gets none of it, and in a moment of madness, ends up killing the girl who got it all.


"It's TV's Heathers, without the sardonic comedy... a surprisingly sophisticated movie without ham-handed answers to questions about personal morality and community mores. A Friend To Die For is a college course in high-school life."


"A Friend To Die For isn't just another based-on-a-true-crime potboiler. It's an effort to explore the meaning of a real-life crime - the murder of a popular high-school girl by a classmate desperate for her friendship - by examining issue of class, ambition, personal responsibility and materialism."


"A shocking little gem of a movie."


"A shocking story of teen-age angst and envy, a story that has no end to its tragedies."

A film in which every word, every action, every scene is just as I wrote it.

It is by far the best of the handful of movies I managed to get produced.

Yes, it's flawed by Tory Spelling's one-note performance, but the brilliance of the other actors and of Billy Graham's direction makes up for Tory's shortcomings as an actress. (And in my defense, I did kill her twice in the course of the story.) Kellie Martin and Valerie Harper deserved Emmys for their work.

The highest rated television film of 1994, it has been re-aired repeatedly and found audiences all around the world. (It also created a new genre - "The Tory Spelling Movie," and for that, I offer my heartfelt apology.) 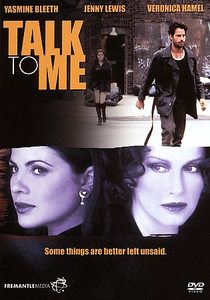 Diane Shepherd is an eager, idealist Midwesterner who comes to New York City to take a job as a producer on "The Howard Grant Show." Convinced that she can redeem talk and return it to what it was in the glory days of Phil Donahue, she is determined to use the Grant show as a platform to do good - shed light on important issues and perhaps even make the world a better place. But she hasn't counted on ruthless, cynical Executive Producer Sadie Frost, who hijacks Diane's effort to help a young, drug-addicted prostitute with tragic consequences.

Do you detect a pattern here?

There's David Nash, who wanted to be Clarence Darrow and ends up putting monsters on the street. Blaine and Cary, seeking excitement and finding only betrayal and death. Angela, the sweet girl who wants it all and who, in her frustration, commits a murder. Diane, attempting to do good and, instead, precipitating a tragedy.

And then, of course, there's Dan, who came to Hollywood to make great art only to discover that 'Movies is money.'

"A caustic movie that spits on television talk shows."


"TV can't possibly be as evil as this, but then, it's usually not this entertaining."


"Hard-edged and cynical... a serious, socially critical drama that dares to find fault with the very industry that puts it on the air."

In many ways, a first-rate piece of work.

Still relevant in today's world, where reality TV has replaced talk shows but appeals to the same audience in the same sleazy, manipulative way.

The director shot my script as written, the dialogue intact.

But he made the mistake of casting his secretary in a crucial role, and then, during editing, the network - convinced that the audience had to see our star in the first few minutes - inserted a nothing scene featuring her into the opening sequence, a scene that distracted from the humor and pathos of the story we were telling and that very likely sent viewers channel surfing to the World Series. 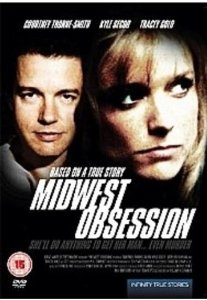 Cheryl is former cheerleader, the current Dairy Queen of a rural Midwestern community, and a cheerful, upbeat psychopath. She falls in love with a young man named Kevin and is determined to have him for her own. The only obstacle? A wholesome young woman named Cheryl.

Well, I'm sure they said something, but I have no record of it aside from my recollection that the movie made several guilty-pleasure lists.

With a terrific performance by Courtney Thorne-Smith.

I came up with the concept of the story, but left the project in order to work with John McTiernan on a sci-fi epic. My only other contribution was some story notes on the screenplay.